There’s an awful lot riding on Newcastle United’s season it seems, from a potential takeover at the club, to keeping hold of players and whether Steve Bruce will extend his stay at St. James’ Park.

At present, the Magpies are perilously close to the drop zone and in the poorest form compared to the teams around them.

There’s enough games left in which other sides could overhaul them too, but equally that means Bruce has the opportunity to ease his side away from the relegation zone.

One player who clearly wants to stay on Tyneside but will only do so if Newcastle stay up, is Arsenal loanee, Joe Willock. 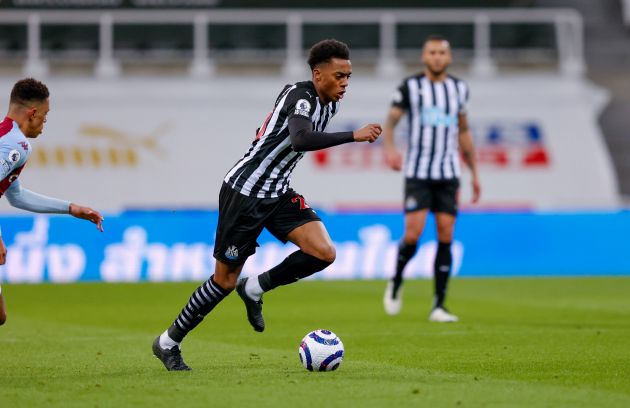 “I love playing for Newcastle,” he said, reported by The Shields Gazette.

“When I first came here I was a bit apprehensive about how I would take it because I’ve never left Arsenal.

“I’ve been at Arsenal since I was four and a half so coming to a new club, coming up north to Newcastle was a bit scary.

“But as I came here and I settled in and saw the love from the fans that I’ve been receiving and everyone is like a family here.

“Of course I’d love to continue playing here and I love Newcastle at this moment in time.”

Given how well Willock has integrated in the north east, it would be a shame for both player and club if his stay were not to be extended.

Arsenal may have made a huge error in January as stat shows loanee has outperformed the current squad in key area May 8, 2021 20:50
Arsenal FC