After a stunning defeat in the Europa League something has got to give at Tottenham, and it appears as though Jose Mourinho has the answer.

The Portuguese is already looking at what bargains may be available in the summer transfer window, and it’s likely that he will raid one of his old clubs and their biggest rivals in order to shore up his underperforming squad.

According to Don Balon, Mourinho is hopeful of adding Real Madrid’s Lucas Vazquez and Barcelona’s Samuel Umtiti to his staff in time for the start of the 2021/22 campaign. 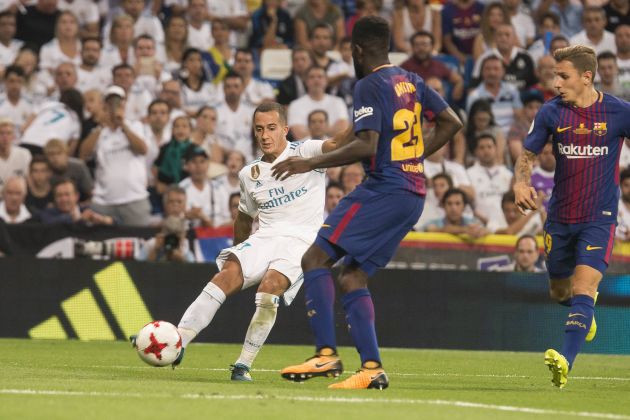 Lucas Vazquez and Samuel Umtiti are both wanted by Jose Mourinho

The outlet report that Vazquez, whose contract ends in June, is refusing to sign a new deal with Los Blancos and will therefore move for free.

Umtiti, meanwhile, has only been used sparingly at Barcelona and only if there have been injuries to other centre-backs.

The Frenchman is no longer a first choice for the Catalans, so if Mourinho plays his cards right, there’s every chance he’ll land both players.