This could be a pivotal weekend in the fight for survival in the Premier League.

Third from bottom Fulham take on Leeds United in the Friday night fixture, and if the Cottagers were to get all three points, they would leapfrog Newcastle United, who don’t play until Saturday in a crunch clash against fellow strugglers, Brighton and Hove Albion.

Steve Bruce’s side can’t buy a win at the moment, and it was hoped that by getting back some of their injured stars, the Magpies could mount a final push to keep their heads above water at the most important time of the season. 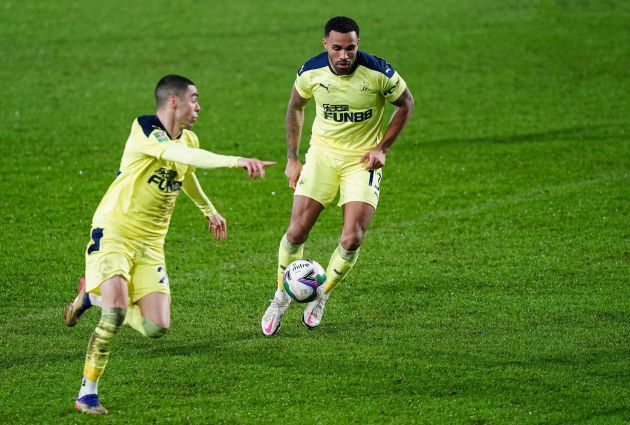 Unfortunately, Newcastle will definitely be without Allan Saint-Maximin and Callum Wilson, and Miguel Almiron remains a doubt despite being back in training.

“They (Wilson and Almiron) are both back on the grass,” Bruce was quoted as saying by The Shields Gazette.

“He (Wilson) is well into his rehabilitation, the same goes for Almiron. He trained for the first time yesterday. We’ll see how he is. Things are obviously improving.

“The same goes for Saint-Maximin. We knew Saint-Maximin and Callum, in particular, were nasty muscle injuries, which were obviously going to take time. You have to let nature take it’s course.

When you’re down at the bottom of the table, it does seem that if anything can go wrong it usually does.

Bruce certainly hasn’t helped himself either, and he’ll need all of his powers of motivation this weekend if he wants his side to get a positive result.