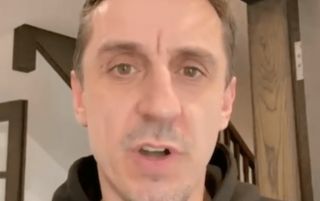 Since starting his career as a pundit, Gary Neville has earned huge respect from all quarters for his straight talking and no nonsense delivery.

Qualities that are, no doubt, part of the reason why the ex-Manchester United full-back is also a successful businessman.

One of the things that Neville has also been crying out for is the hiring of a new PFA chief via a fully independent process.

That’s happened with the appointment of Maheta Molango, who will take over from the much-maligned Gordon Taylor.

However, Neville is furious with the reporting surrounding the appointment, suggesting it was ‘disparaging,’ ‘there’s an element of xenophobia about it,’ ‘had negative undertones’ and that it was clear ‘football is resisting this appointment.’