Ever since he bowled onto the football scene in England and announced himself as the Special One, Jose Mourinho has been pure box office gold.

There’s never been a dull moment when the Portuguese has been around, and he’s an absolute dream for headline writers around the world.

MORE: Is Auba having mental struggles over THIS?

However, his tactical limitations are beginning to be exposed now, never better evidenced than when Tottenham were dumped out of the Europa League this week against Dinamo Zagreb.

As is his wont, Mourinho went straight in front of the TV cameras after the match and proceeded to blame his players for not having the right attitude. A tried and tested formula that he’s adopted so well over the past few seasons.

That won’t have gone down well in the dressing room, nor does former Spurs striker, Darren Bent, believe that’s there the problem lay. 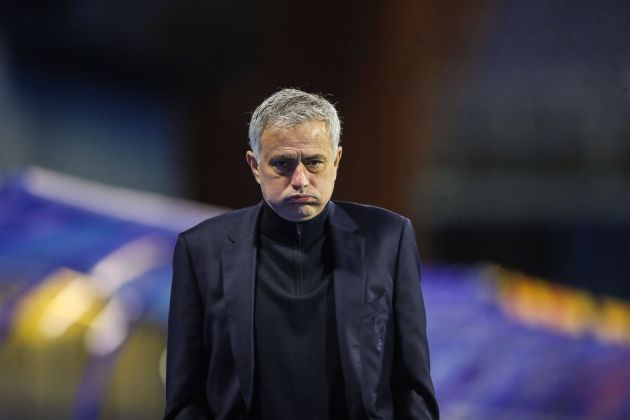 “I wouldn’t say he’s a bad manager, but I just think for whatever reason his tactics might be a bit dated now,” he said on talkSPORT.

“When they got rid of Poch when they did, and we know they were on the decline then, they brought in Jose Mourinho to win a trophy.

“It will paper over the cracks. A lot of people had put them and United as favourites. The fact they went out like they did against Zagreb – I don’t think winning the League Cup is enough.

Whether a Carabao Cup win against Manchester City will keep him in a job or not will be known in due course.

Though if Spurs want to play the magnificent, attacking football that Pep Guardiola’s side produce on a weekly basis, their board need to think long and hard as to whether Mourinho is the man to provide it.