This summer is bound to see a lot of transfer movement at the Camp Nou as Barcelona restructure for a new era under Joan Laporta.

Given their terrible financial predicament, the more that the club can save in wages the better.

MORE: Is Auba struggling mentally because of THIS?

To that end, the top earners aren’t safe from the axe unless your name happens to be Lionel Messi. 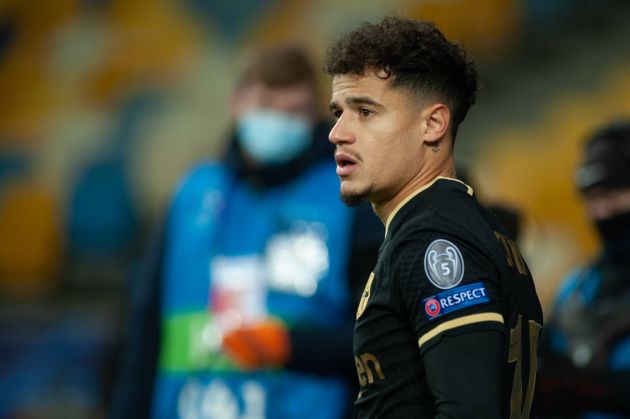 Philippe Coutinho, currently sidelined with injury, is almost certain to be hawked around again, with former suitors, Arsenal, and former club, Liverpool, perhaps in the market for the Brazilian dependant on cost.

The Catalans can ill afford to keep the player, given that, according to Mundo Deportivo, if he plays another 10 games for them, they’ll have to pay another £20m to Liverpool for the privilege.

Given that he’s never really hit the heights for the club, and offloading his salary via either a loan or permanent transfer will help immeasurably, it’s a foregone conclusion that Coutinho will no longer be wearing the blaugrana from next season.