There are just two more La Liga matches before planet football stands still for another edition of El Clasico.

Depending on the results at the top of the table in the lead up to that game, the Real Madrid v Barcelona fixture could become one of the most important for years.

MORE: Is Auba having mental struggles with THIS?

If the Catalans are still in the title race and haven’t fallen further behind Atletico Madrid, they might have a slight edge over Los Blancos, given that Real’s Champions League date with Liverpool falls either side of the league fixture.

That said, Ronald Koeman has two influential players that are walking a disciplinary tightrope in the lead up to the match. 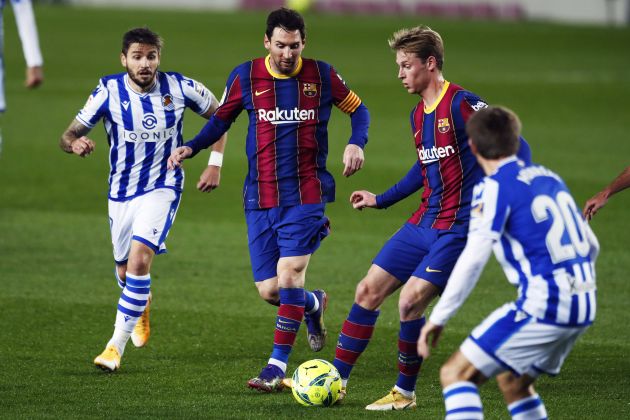 Both Frenkie de Jong and Lionel Messi are on four yellow cards and unless they cheat to make sure that they receive another in this weekend’s game against Real Sociedad, they run the risk of missing the showpiece.

Were they to escape punishment at La Real but then be carded against Valladolid, that would rule them out.

However, according to Sport, Koeman isn’t intending to rest either player and will look for other solutions if the worst happens.