Eden Hazard’s former manager Antonio Conte is preparing a rescue package to get him out of Real Madrid, according to Don Balon.

Hazard’s time with Los Blancos has been nothing short of disastrous to date, with the Belgium international completely unable to stay fit and unable to perform when available.

There will come a point, if things continue as they are, where all parties will have to agree to throw in the towel. As per Don Balon, that could be as soon as this summer.

The report claims that Inter Milan are prepared to offer Hazard an opportunity to rediscover his best fitness and form levels at the San Siro. 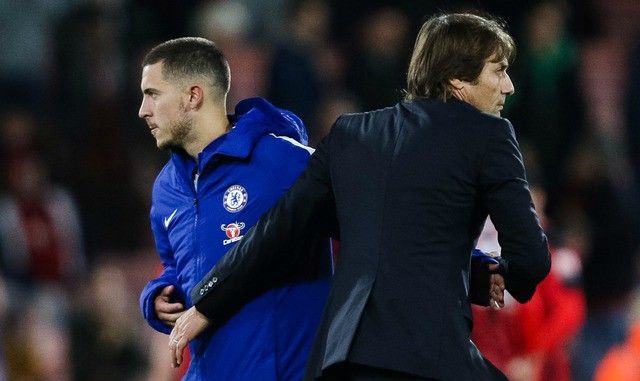 Eden Hazard and Antonio Conte worked together during their time at Chelsea.

Don Balon’s belief is that Inter would be willing to take the winger on an initial loan, with the option of purchasing him outright for €55M in the summer of 2022, should they see fit.

It remains very much unclear just how close Hazard is to giving up any hope of making it at the Santiago Bernabeu. If he’s close to throwing in the towel, a reunion with Conte could be on the cards.