The Italian giants were keen on the Greek star last summer, but lost out in the transfer battle to Liverpool, who signed the ace for a fee of £11.75m on a four-year deal, per the Guardian.

Tsimikas has been limited to just six appearances for the Reds so far, starting on three of these occasions. The lack of action shouldn’t come as a surprise due to him being backup to Andy Robertson.

Corriere dello Sport write that with Gennaro Gattuso’s side on the hunt for a left-back, ‘there’s always the Greek Tsimikas’ – suggesting that the 24-year-old remains a target for the Serie A club.

It’s reported that Tsimikas appeals to Napoli, with the fact that he ‘doesn’t play much at Liverpool’ hinted as something that could bolster their chances of a potential deal. 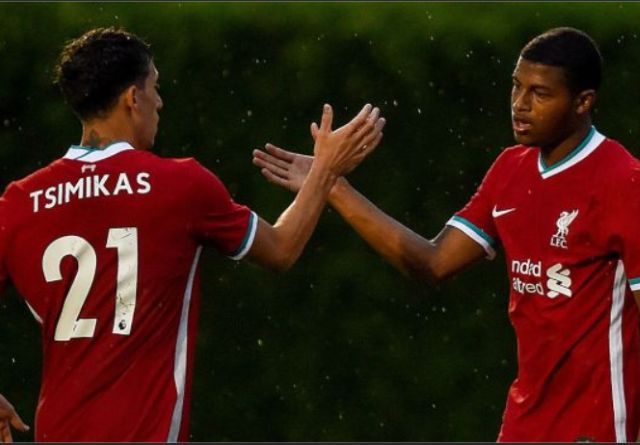 The Guardian report that Tsimikas earns £50,000-a-week with the Reds. The Greek’s only action since the turn of the year is a total of six minutes as a cameo off the bench across two appearances.

Tsimikas has been prevented from seeing the pitch much due to both the factors of Robertson being ever-present for the Reds and the matter of a couple of injury troubles he’s been hindered with.

With Jurgen Klopp’s side massively struggling with injuries to their defenders this season, that should serve as a warning as to why they need to keep hold of backup Tsimikas, even if he’s barely played.

Whilst transfer exit rumours aren’t usually what Liverpool and their fans will be pleased to see, this news can be spun into a positive – there is a still a market for Tsimikas should the Reds want an exit.