Real Madrid are plotting a surprise move for Liverpool midfielder Naby Keita, according to Todo Fichajes.

Keita signed for Liverpool with high expectations. His performances in the Bundesliga for RB Leipzig had earned him somewhat of a reputation as a highly accomplished central player, but Reds fans have seen very little of that since he made the move to Anfield.

Just like several others in Jurgen Klopp’s squad, Keita has had an inability to stay fit while working under the German. It’d be wrong to say for certain there’s any direct correlation between training with Klopp and continually getting injured, but there’s enough evidence to make a case for it. 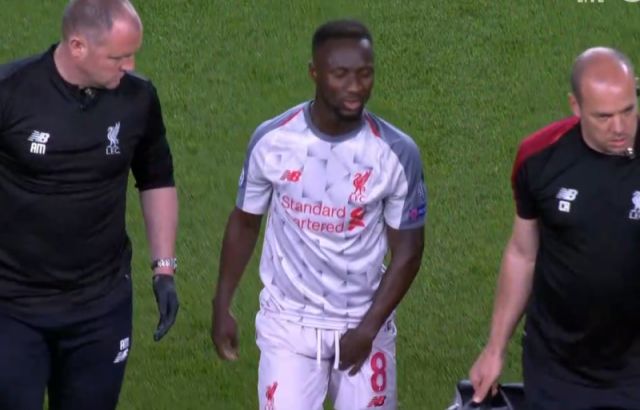 Naby Keita is one of several Liverpool stars who is struggling to stay fit.

Regardless, even the most avid Klopp and Liverpool supporter would admit that Keita could need to move elsewhere in order to reboot and reinvigorate his career, and if Todo Fichajes are to be believed, Real Madrid of all clubs are thought to be prepared to take a chance on him.

The report notes that Liverpool paid €60M (£50M) for Keita, a fee which they will not be able to get back, but there is thought to be hope that €40M (£35M) could be recouped. Only time will tell if Real Madrid’s interest is legitimate and whether they’re willing to put their money where their mouth is.