Ahead of their FA Cup fixture against Leicester City, Ole Gunnar Solskjaer would surely have fancied his Man United side’s chances, given they’d not lost on the road since January 2020 against Liverpool.

As it turned out the Red Devils were well beaten, meaning that another piece of silverware had slipped through their grasp.

One of the players who came in for most criticism for his lack of application was Anthony Martial, with BBC Sport pundit, Alan Shearer, not holding back in his condemnation of the Frenchman’s performance.

“He [Martial] was very isolated but then sometimes you need help off your team-mates but you can also help yourself by putting yourself in better positions,” Shearer said to BBC Sport, cited by the Daily Express.

“It was a really frustrating performance for him because when his team-mates are looking for options from him, for him to either come short to be the link-up play, a lot of the time I’m thinking, ‘Come on, help’

“Paul Pogba is looking for some help, he needs a run off the forward, there’s no one there. 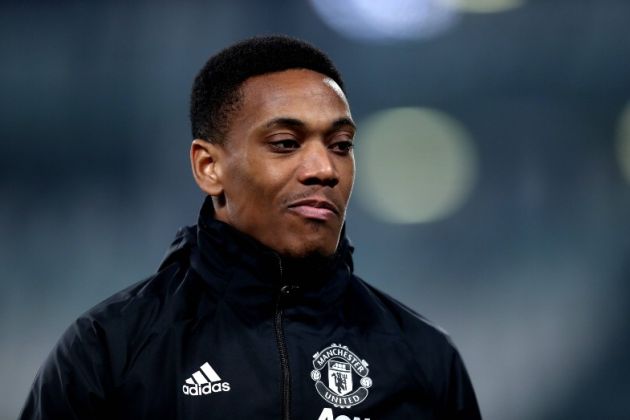 Anthony Martial has blown hot and cold for Manchester United

“In his defence, he never really had any midfielder who was prepared to run past him or prepared to give him that little bit of support he so badly needed.

“He kept on pulling onto the full back for the long diagonal, which is fine that can be good but not every time.

“It didn’t really work for him tonight and I was really frustrated for him on the sidelines.

“I don’t think he’s a nine. He doesn’t look comfortable in the nine position. He doesn’t look as if he’s got that hunger to score as many goals as he could and should. It was a frustrating performance.”

Martial’s general insouciance seems to be an attitude that permeates through Solskjaer’s side in certain games.

If the Norwegian isn’t able to rid the squad of the same, it’s likely to curtail their immediate and medium term successes.

Ultimately, it’ll mean that the manager will fall on his sword, whether or not the likes of Anthony Martial is retained or sold.