As someone who has often been described as the best player in the world, alongside Barcelona’s Lionel Messi, it stands to reason that Cristiano Ronaldo would be able to spot if a player has talent or not.

Indeed, just like the Argentinian, the Portuguese demands the very best from those around him, so praise can be expected to be sprinkled liberally and not without thought.

Martin Odegaard is currently bossing the Arsenal midfield and would be a huge loss to the north Londoners were Real Madrid to insist he returns to the Spanish capital at the end of his loan spell.

It was whilst he was first with Los Blancos, that Ronaldo was appreciative of his talents. 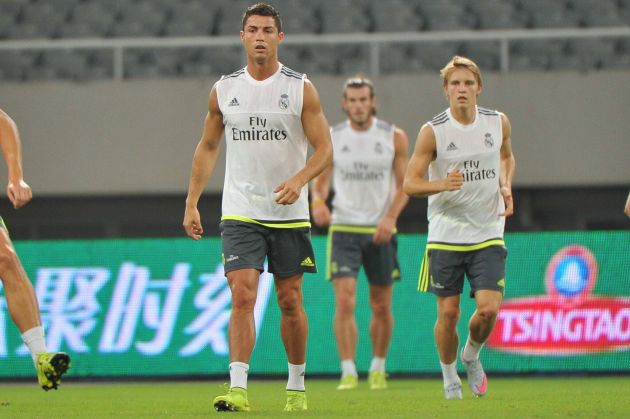 “Great player, I think he’s a young boy, he can still grow. He’s 16 years old, right? So he has a good future ahead,” he is quoted as saying back in 2014 by football.london.

“We must give him time to learn, to take his best decisions. But I see a lot of potential in the player, good left foot.”

Odegaard and Arsenal appear to be a footballing marriage made in heaven, and if he continues to impress, there will be an expectation that Mikel Arteta will go all out to secure his permanent signing.