Although we’re still some weeks away from the summer transfer window, that hasn’t stopped speculation surrounding certain players who find themselves out of contract at the end of the 2020/21 campaign.

One such player is Bayern Munich star, David Alaba, and he is very evidently much in demand.

Back in January, the Daily Mirror reported that Liverpool had held talks with the player to understand his demands, whilst Chelsea were also apparently interested, though nothing further had developed since then. 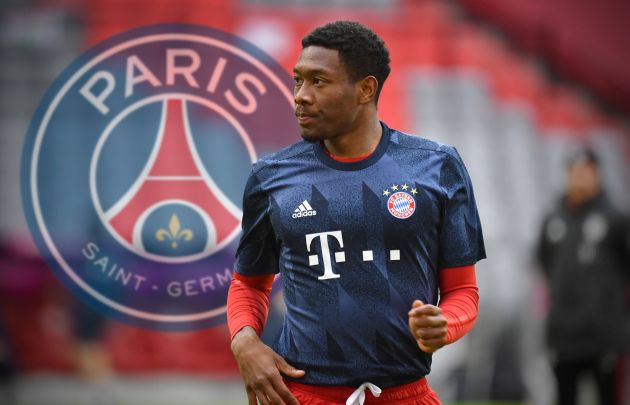 On Monday, Get French Football News cited RMC in a tweet which noted that Paris Saint-Germain had also failed in their efforts to join them.

RMC assert that PSG have failed in their considerable efforts to convince Austrian international David Alaba to sign for them in summer on a free transfer from Bayern Munich – the defender is more between Real Madrid & Barcelona.

The tweet also referenced that the players expected destination will be in Spain, with both Real Madrid and Barcelona thought to be ready to battle it out for the Austrian’s signature.

Given the Catalans well-known financial issues, it’s difficult to see how they would be able to afford the player, leaving the way clear for Los Blancos to potentially make a move.