The Guinea international hasn’t really lived up to expectations in his time at Anfield so far, despite previously looking a hugely exciting prospect at former club RB Leipzig.

According to Todo Fichajes, Real Madrid are now keen to take a punt on Keita, and could offer around €30million to Liverpool for his services.

However, it seems the Merseyside giants would rather bring in around €40m to let Keita go, according to the report, so it remains to be seen if these two teams can agree a deal.

Many Liverpool fans will no doubt hope Keita can stay and turn things around for himself in Jurgen Klopp’s side, as there’s undoubtedly a risk he could go on and shine elsewhere.

The 26-year-old may find he’s better suited to the pace of the game in La Liga, and his technical ability makes him look like he could be a good fit in Zinedine Zidane’s Real Madrid side. 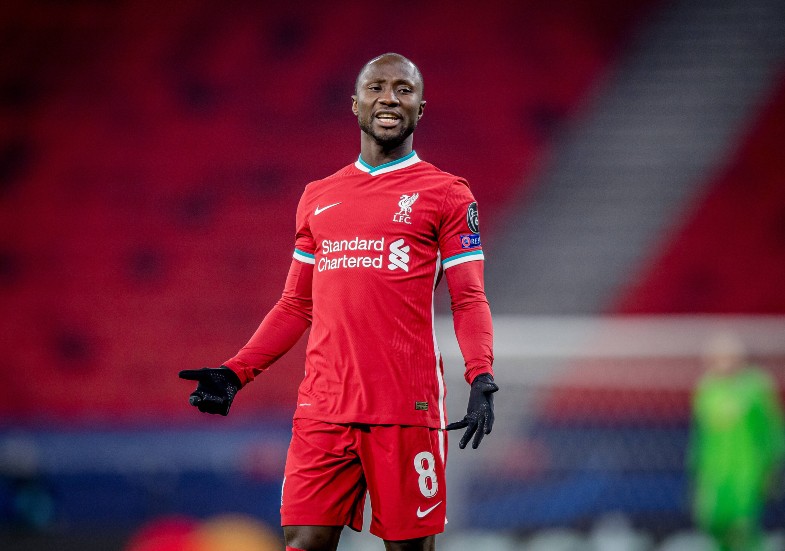 Naby Keita in action for Liverpool

LFC have plenty of other options in midfield at the moment, though Thiago Alcantara hasn’t settled as many would have hoped, while Georginio Wijnaldum is nearing the end of his contract.