Almost 12 months ago, Manchester United embarrassed themselves in their dealings with Borussia Dortmund, as they attempted to drive down Jadon Sancho’s sale price.

The England international is believed to have wanted to return to Manchester, and Dortmund appeared ready to do business given that they’d put a price on Sancho’s head.

However, Ed Woodward’s haphazard negotiating skills put paid to any notion of the deal being completed in last summer’s window. 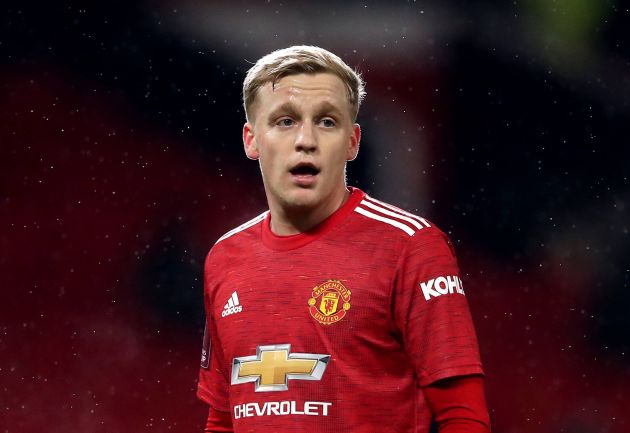 As we head towards the business end of the 2020/21 campaign, thoughts are already beginning to turn towards the regeneration of the squad this summer, and to that end, Woodward may think that he has an ace up his sleeve this time.

According to 90min and cited by the Daily Express, Ole Gunnar Solskjaer is prepared to sacrifice Donny van de Beek – who was signed as an 11th hour alternative once it was clear Sancho wasn’t arriving at the club last year – as part of any deal to bring Sancho, or team-mate, Erling Haaland, to the Theatre of Dreams.

The Dutchman has barely made an impact at United, and would almost certainly welcome the chance for regular first-team football after a year in the wilderness.