The Frenchman had a quiet game for Man Utd away to Leicester City in their 3-1 FA Cup quarter-final defeat yesterday, and Shearer was frustrated with his lack of effort up front.

Shearer, who was one of the finest strikers in the world for many years during his playing days, knows a thing or two about how to be a good number 9, and he doesn’t think Martial is suited to that role.

WATCH: A moment of brilliance from Donny van de Beek

Ole Gunnar Solskjaer selected Martial to lead the line against Leicester, but he’s perhaps looked more effective in games when he’s started from the left-hand side.

Shearer was certainly hugely unimpressed with what he saw from Martial against Leicester as he pointed out several flaws in his game that prevent him from truly being a reliable enough option to spear-head the attack.

“He was very isolated but then sometimes you need help off your team-mates but you can also help yourself by putting yourself in better positions,” BBC Sport pundit Shearer said, as quoted by Football365. 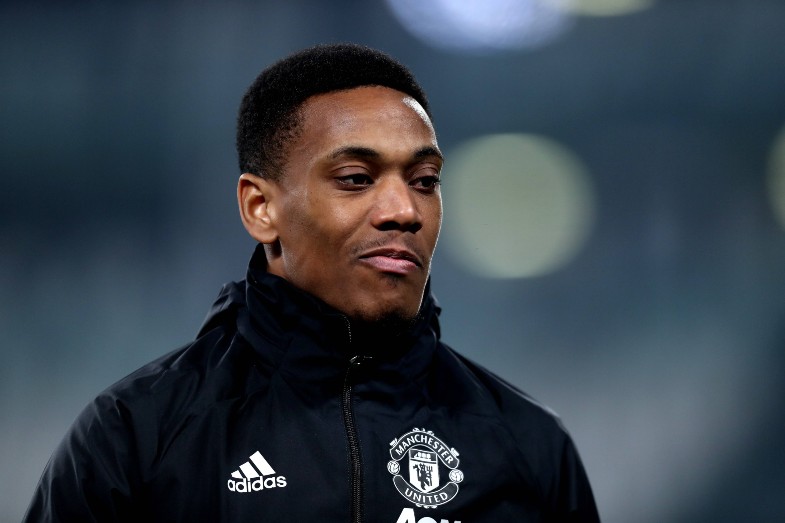 Anthony Martial has blown hot and cold for Manchester United

“It was a really frustrating performance for him because when his team-mates are looking for options from him, for him to either come short to be the link-up play, a lot of the time I’m thinking, ‘Come on, help’.

“Paul Pogba is looking for some help, he needs a run off the forward, there’s no one there. In his defence, he never really had any midfielder who was prepared to run past him or prepared to give him that little bit of support he so badly needed.

“He kept on pulling onto the full back for the long diagonal, which is fine that can be good but not every time. It didn’t really work for him tonight and I was really frustrated for him on the sidelines.

“I don’t think he’s a nine. He doesn’t look comfortable in the nine position. He doesn’t look as if he’s got that hunger to score as many goals as he could and should. It was a frustrating performance.”

United fans will no doubt be expecting more from Martial, who has shown moments of quality but who has often been highly inconsistent throughout his time at Old Trafford.