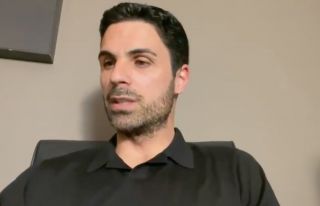 Arsenal manager Mikel Arteta has admitted that he is open to the idea of managing French giants Paris Saint-Germain sometime in the future.

Arteta, 38, was named as Arsenal’s head coach in December 2019 following the departure of Unai Emery.

In what was a remarkable start to life in the Gunners’ dugout, Arteta went on to guide his side to FA Cup glory just six months later.

Although someway off the top of the Premier League, the general consensus is that the Londoners are heading in the right direction.

Despite admitting that he has plenty of work still do if he is to restore the Gunners to their former glory, Arteta, who recently spoke with beIN Sports, has left the door open for a possible return to France.

During his playing career, Arteta famously enjoyed an 18-month-long loan spell with the Parisians whilst signed to Barcelona.

Speaking about his French connections, Arteta (as quoted by PSG Talk) said: “PSG has an incredible team. The manager Mauricio Pochettino is a coach that I am close to because I played with him at PSG. He is a very strong manager, and I hope that he will win many titles with PSG.

“I love Paris. I love Paris; I have very good memories from over there. It was my first club as a professional. The club is always in my heart. You never know, but I have a lot of work to do (at Arsenal).”

In light of Arteta’s admissions, although it is rare to hear a manager speak publicly about the possibility of managing another club, especially whilst already in a job – fans will certainly be hoping their gaffer’s comments were nothing more than an attempt to appease the show’s hosts.