After another dismal defeat, this time at Brighton and Hove Albion, Steve Bruce should be rightly fearful of losing his status as Newcastle United manager.

The Magpies have struggled throughout the 2020/21 Premier League campaign and have slowly, but surely, slipped down the English top-flight.

Only Leeds’ win at Fulham saved them from ending the weekend in the relegation places, but it seems only a matter of time before that happens.

The west Londoners have the bit between their teeth under Scott Parker, whilst the Newcastle players clearly aren’t trying their hardest for their manager. 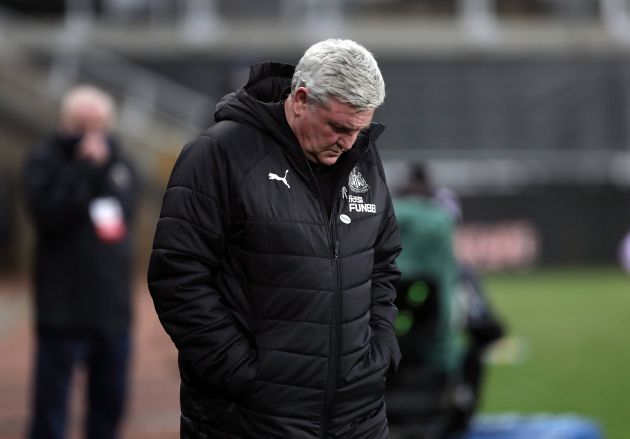 It seems to be a question of when Bruce will be replaced rather than if, and local Chronicle journalist, Lee Ryder, cited by Talk of the Toon, suggests that two big names could be in the frame if Bruce somehow manages to stop them falling through the trap door.

Ryder believes that Frank Lampard won’t baulk at trying to restore the Magpies to their rightful perch, whilst Roberto Martinez, who will leave the Belgium job after the European Championship, is another name Ryder has put in the frame.

Either would certainly be an upgrade, but it’s likely both will only be interested if Newcastle remain a top-flight outfit.