Zlatan Ibrahimovic spoke to the press upon returning to the Swedish National Team setup – and they’ve only gone and made one of the toughest men in football cry.

Ibrahimovic initially retired from the Swedish National Team back in 2016, but in the midst of a hugely prolific season for AC Milan, at the age of 39-years-old, his return to play for his country was confirmed.

Zlatan, as much as he is an extraordinary footballer, and has been for the best part of two decades, is perhaps more renown for his character, which is notoriously confident, stern and combative. 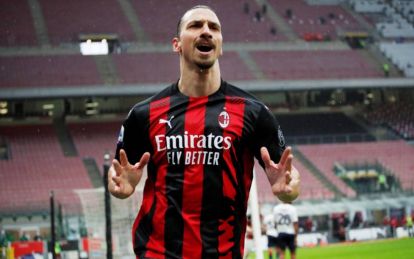 However, the veteran let his guard down at a press conference after returning to play for Sweden after a question in regards to his children appeared to tug at his heart strings.

Zlatan began to answer the question before pausing to rub his eyes, noticeably emotional and seemingly trying very hard not to break down entirely in front of the journalists in attendance. Bless him.

Zlatan was brought to tears when asked about leaving his sons to join up with the Swedish national team ? pic.twitter.com/bxSSjPQIQs