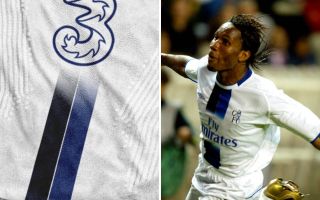 It’s that time of the year, where ‘leaked’ kit designs do the rounds on social media. Naturally, every fan is keen to see what generic jersey they’re going to be wasting their hard-earned cash on.

In this case, Chelsea fans could be spared of the junk and instead be given fond memories of their 2003/05 away kit, which was worn by legends of the game like Didier Drogba, Hernan Crespo and Frank Lampard… and Claude Makelele, Petr Cech, and pretty much every player on the club’s books at that time.

MORE: Alternatively – Chelsea to wear yellow away kit next season? 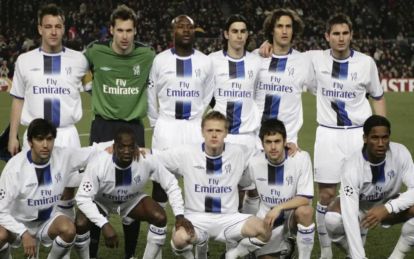 A proposed kit for next year has been circulating on Twitter, which features the same design, but with a revamp. The updated badge, new kit manufacturer and new sponsor. It’s unclear if this would be the away shirt, third shirt or is genuine at all, but Chelsea fans will be crossing their fingers that it is…

Ordinarily, home kits are announced at the tail end of the season prior to them becoming active, just to give them a little added promo. The rest don’t tend to be confirmed until closer to the start of the next campaign, so it’ll likely be some time before we receive official confirmation as to this particular shirt’s legitimacy.