Former Barcelona sporting director Eric Abidal has hinted he’d like to work in the Premier League in the future and singled out Leicester City as one of the clubs that impress him most.

The Frenchman has given a revealing interview in the Telegraph, in which he also discussed his efforts to sign Neymar, only to be overruled as Barcelona went for Antoine Griezmann instead.

Interestingly, however, he gave a special mention to Leicester City for the way they do things, following the Foxes’ tremendous success in recent years.

Brendan Rodgers’ side came very close to qualifying for the Champions League last season and look likely to do so this term, while they of course also won the Premier League title in that famous 2015/16 campaign.

Discussing Leicester, Abidal said: “Around the world, Leicester City is one of the clubs I am really impressed with.

“I talked to them while I was at Barcelona and they are very focused on the target and everybody knows their role.

“The atmosphere internally in the club is very positive as well and everybody feels comfortable and they are taking good decisions.

“They are not scared to take different coaches when they make changes. I’ve been very impressed. 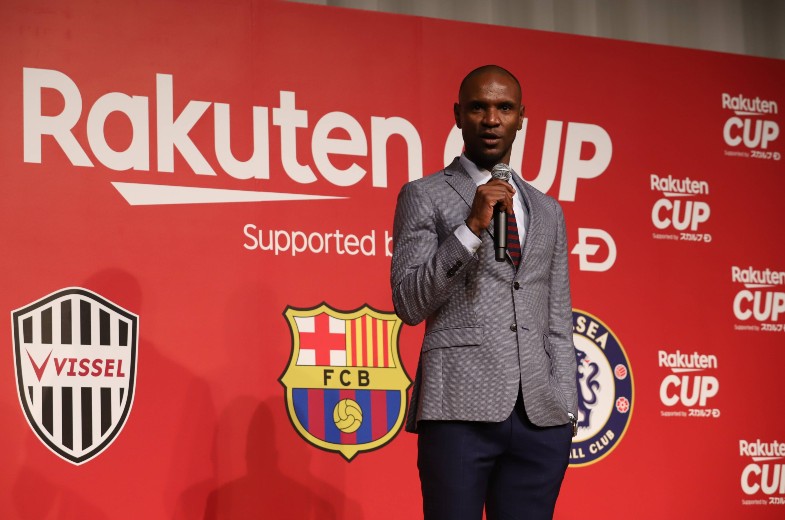 Eric Abidal is a fan of Leicester City

“I have studied hard on my English, which is good now and all my family speak perfect English.

“I think the Premier League is the best league in the world and I am interested in working there, why not?

“But French is my language and my Spanish and my Catalan are good, so I’m open to many things.”