Cristiano Ronaldo would not consider returning to Manchester United, even if he were to leave Juventus this summer.

That’s according to Don Balon, who speculate around Ronaldo’s future in Turin, noting that it is no certainty that he will be playing for the club come the start of next season.

Naturally, the greatest goal-scorer of all-time having one last dance at Old Trafford will be something the Manchester United faithful will be dreaming of, but if Don Balon are to be believed, which of course is not always the case, Ronaldo has no interest in returning to the Red Devils. 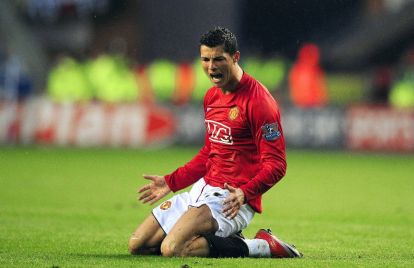 Cristiano Ronaldo was a star player at Manchester United.

The report also rules out the possibility of Ronaldo re-signing for Sporting CP, where he began his career as a professional footballer, but does leave the door open to the idea of the Portugal captain returning to the Santiago Bernabeu.

Manchester United fans will need a lot more than a report from Don Balon before they give up on the prospect of CR7 coming home, but even the most avid Red Devil would admit that it’s looking unlikely…