It’s becoming clear that Edouard Mendy may not have Chelsea’s full trust to be the starting keeper for years to come, while Man United are still trying to figure out what to do in their position too.

At Old Trafford it did look like it was a case of deciding between Dean Henderson and David de Gea, but they’ve now been thrown into the mix with Chelsea to sign AC Milan keeper Gigi Donnarumma, according to the Transfer Window Podcast.

It’s a signing that would make sense for both clubs as he’s still only 22, he’s a top quality keeper who will play at the highest level for years to come and he also won’t require a transfer fee as his contract is set to run down.

Milan have been doing all they can to get him tied down, but it now looks like he could be on the move this summer after some pretty big developments:

The main issue is that the latest offer has been turned down by Donnarumma and his agent Mino Raiola, but it doesn’t even sound like the two parties are remotely close on the deal.

The report claims he’s been offered €8m a season but they are hoping for a deal that would double that to €16m every year, and there’s absolutely no chance that Milan are in a position to offer that. 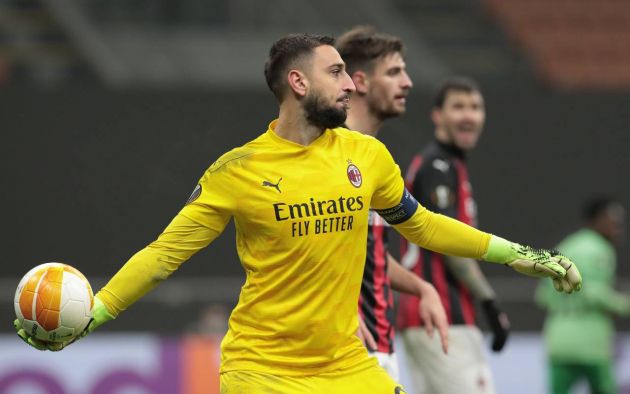 As a result it’s now suggested that Milan will move on to other targets and look for a replacement, while this could further benefit Chelsea as it’s even indicated they could use that money to pay the fee for Fikayo Tomori instead.

It now appears that the door is open for someone to come in with a major offer to sign the keeper to a pre-contract agreement, while time is running out for Milan to find a way to keep him around.