Liverpool are reportedly not interested in a transfer deal for Juventus midfielder Aaron Ramsey.

The Reds have been linked with a move to bring Ramsey back to the Premier League in a recent report from Calciomercato, but Fabrizio Romano has poured cold water on the rumours.

Speaking on his Here We Go podcast, the journalist insists there is currently nothing from Liverpool in terms of pursuing a move for Ramsey, as he suggests the Merseyside giants are looking at other kinds of midfield players.

Liverpool could do with bringing in a replacement for Georginio Wijnaldum, who is edging ever closer to becoming a free agent this summer, but Ramsey might not be the ideal option due to his recent injury record.

Arsenal also hold an interest in Ramsey, CaughtOffside understands, but the player’s current priority is to remain where he is until the end of his Juve contract in 2023.

Still, if Liverpool aren’t chasing the Wales international, that could give Arsenal a little more hope of bringing their former player back to the Emirates Stadium. 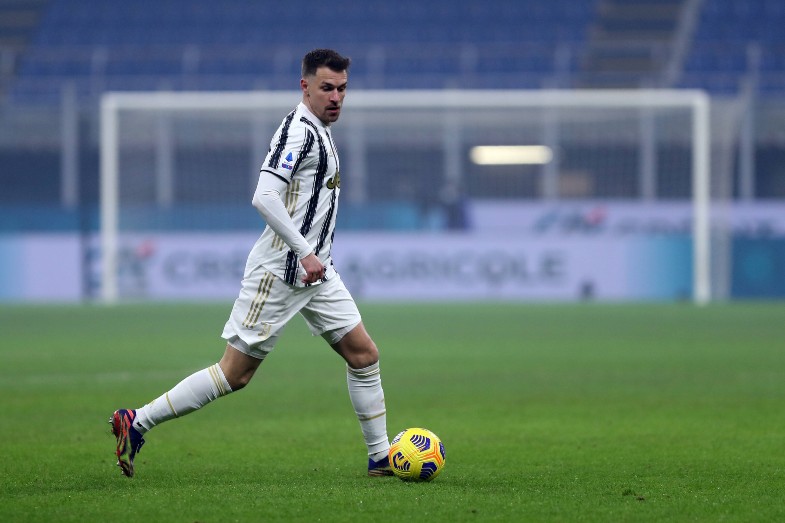 Aaron Ramsey is not a target for Liverpool

The Gunners arguably never really replaced Ramsey since his departure in 2019 and could do with adding more quality and more of a goal threat to their midfield.

It makes sense, however, that the player himself is seemingly keen to make more of an impression after taking the step to move to Italy nearly two years ago.

Ramsey has won silverware with Juventus but is surely aware he’s capable of contributing more on the pitch than he has.