Social media has erupted into a debate as to what constitutes a person being deemed a ‘racist’ after an old tweet has been unearthed from West Ham star Jarrod Bowen.

The post in question, from the ace’s account that is now verified, writes ‘that one friend that think their black’ attached with a hashtag that uses the N-word followed by ‘please’.

Bowen’s tweet came on October 10 2012, when the Hull academy graduate was 15 years old and two months away from his 16th birthday.

This is just one of few leaked tweets that have went viral this evening, with a post that involved a ‘sex’ joke from the attacker being met with rightfully more light-hearted reaction.

The FA’s media department will be annoyed to see an issue like this crop up during an international break, and face a difficult challenge in regards to handling the matter. 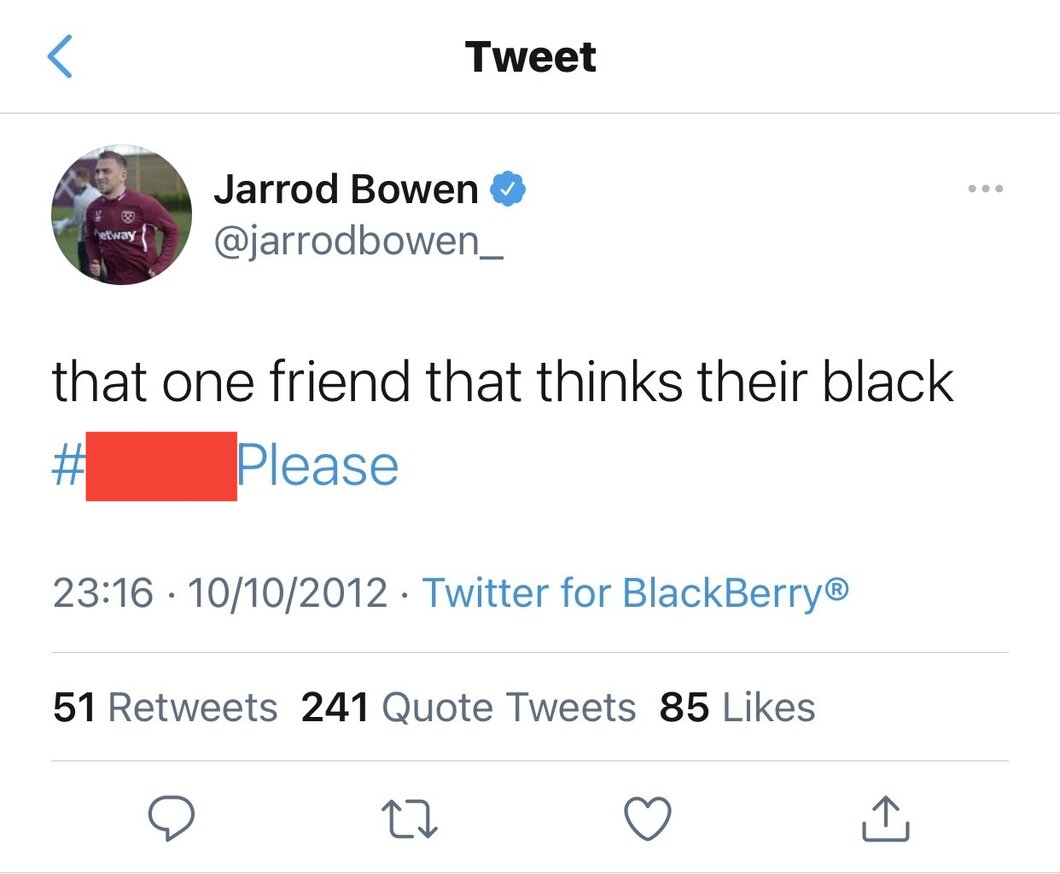 Here is how some football fans have reacted to the above tweet:

Someone digging up old tweets and turns out one has Bowen using a racist word.

Can’t wait to wake up tomorrow and just see Jarrod Bowen trending for being a racist and should stop playing football ?

Difference between racism and racially insensitive and ignorant. You have to judge the intention and either way he is ashamed of the language used I’m sure

Bowen… racist? ? He loves me too much so he’s the last person I’d think of as racist! Come on, don’t joke with that one! ?

Let me put this simply to the people saying anyone ‘defending bowen’ is racist. If I met a 14 year old and heard him say any slur of any manner whether that’s racist or anything else derogatory, that doesn’t mean 8 years later if I can see he’s changed he still deserves hate. ?

André Gray was banned for 4 games because his 6 tweets were homophobic from 2012.

I expect Bowen to get a fine knowing the FA. Then if he is banned… one game at the most.

The term that has been used is obviously racist, there is absolutely no denying that, but it comes when Bowen was a teenager, making it tricky as to whether he should face retrospective action for it.

The FA should address the issue as soon as possible, to avoid being accused of ignoring the matter, but that doesn’t automatically mean that Bowen should be punished with fines and a possible suspension.

English football’s governing body will have to move to handle the issue without setting a dangerous precedent on both ends of the spectrum.

Bowen was signed by the Hammers last January for a fee of £22m, per the Athletic (subscription required), the attacking midfielder has been quality for the East London outfit so far. 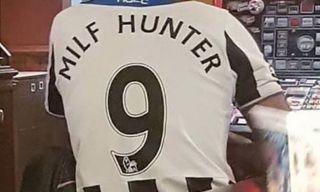 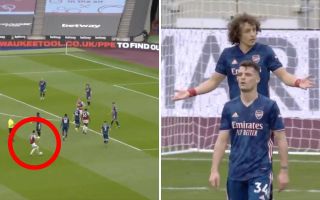