It’s been positive to see an increased number of examples in recent years where players will actively look for a move if they don’t think they’re getting the playing time they deserve.

There’s nothing worse than seeing a talented player tie themselves down to a long-term deal at a huge club when it’s clear they won’t play, and it appears that Eric Bailly will not make that mistake at Man United.

Ole Gunnar Solskjaer still hasn’t figured out his preferred combination at the back as he tends to rotate between Bailly and Lindelof, but he will need to give the Ivorian some assurances if he wants to stay.

READ MORE: Potential panic at Real Madrid as defender looks set to reject them for Man United transfer this summer

ESPN have confirmed that his contract is up at the end of the season and he is willing to stay, but that will only happen if he’s convinced that he’s going to play an important role in the side.

It’s a tough choice for the manager to make as Bailly has looked impressive at times and his pace is an asset, but he still has a tendency to over-pursue the ball and that can expose the defence.

There’s a feeling that United need to find an upgrade in defence if they want to challenge for titles but that could also force Bailly out the door, but it’s something that needs to be done if it stops them leaking so many simple goals next season. 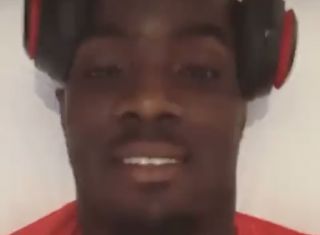