With nine games left of the 2020/21 Premier League season, Tottenham Hotspur are still in with a shout of finishing in the Champions League places.

Bizarre as it may seem, the north Londoners, having led the table earlier in the campaign before dropping like a stone, have seen a renaissance of sorts to the point where they’re one of the form teams heading into the business end.

If it’s all about momentum and it’s not how you start it’s how you finish, then Jose Mourinho has played this one just right. 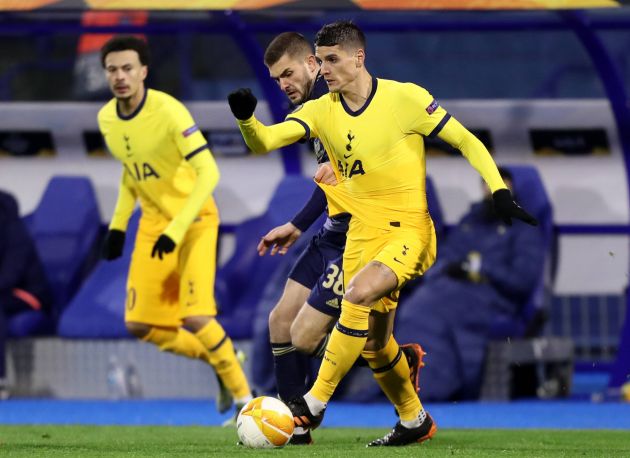 A Carabao Cup victory over Man City would, arguably, mean that this season has been a success, even when taking into account abject performances such as the one against Dinamo Zagreb.

It’s clear that the Portuguese needs to have a clear out of sorts, and one player that could be on the move this summer is Erik Lamela.

Hero and villain in the recent north London derby, the Argentinian is wanted by Bologna if they lose Riccard Orsolini to AC Milan, according to the Daily Mail.

Given that Lamela has flattered to deceive for long periods at Spurs, Mourinho would be well advised to cash in now whilst there’s still value to be had in the transfer.