One of the game’s true characters, the lack of interest in Diego Costa after his free transfer from Atletico Madrid was granted was odd to say the least.

The 32-year-old still has a few years left at the highest level, despite injuries beginning to take their toll, however, the player has had to be content with sitting around twiddling his thumbs for the most part in 2021. 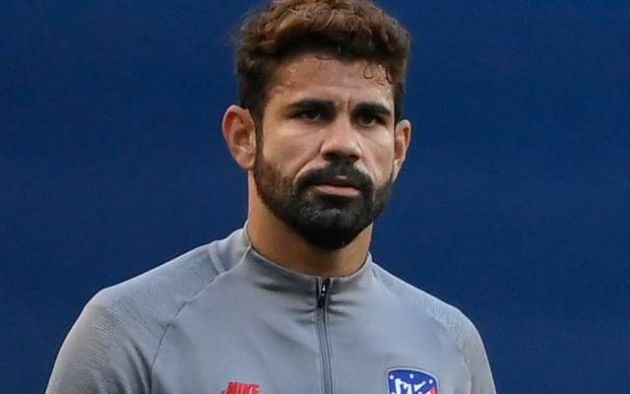 After three months of inactivity the end may be in sight for Costa, with Don Balon reporting that Jorge Jesus has contacted the striker and wants him to join Benfica with immediate effect.

The Liga NOS is one that he knows well, given that it was whilst he was at Braga that Atletico Madrid came calling back in 2007.

For a player of such evident striking talent, it’s something of a surprise that the likes of Flamengo or Wolves, whom Don Balon credit with showing an interest in the player, didn’t follow up on their enquiries.

Their loss could very much be Benfica’s gain if Costa can recapture some of his best form.