The emergence of Jesse Lingard at West Ham United has been one of the success stories of the 2020/21 season.

The attacking midfielder was drifting into obscurity for all intents and purposes, stuck on the sidelines at Manchester United with no real possibility of forcing his way back into the starting XI.

Come January, it’s little wonder that the England international jumped at the chance to resurrect his career with the Hammers, and it’s a move that’s paid off handsomely.

Lingard’s success has come at a cost to one particular player, however. 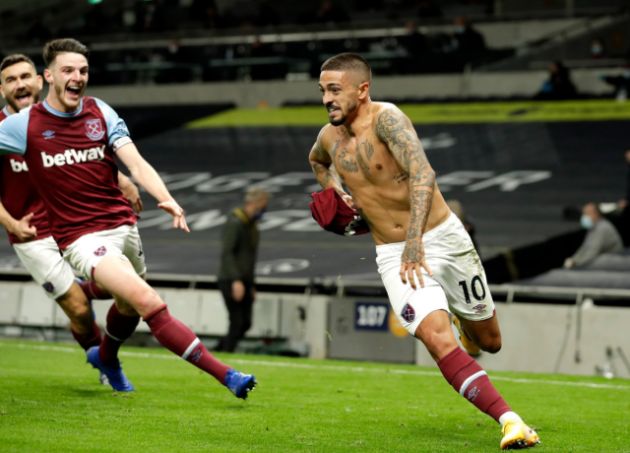 Manuel Lanzini, a matchwinner at Spurs earlier in the season with an injury-time screamer, has been sidelined for the most part since Lingard’s hire, and he’s now decided to call time on his career with the east Londoners.

Football Insider quote sources as saying that the player will look to engineer a move away this summer, particularly given as he was denied a switch to Paris Saint-Germain in the last window.

As long as David Moyes can sign Lingard permanently, Lanzini should be allowed to depart.

If Lingard isn’t sold by Man United, Lanzini still has two years left on his Hammers deal, with the option of two more, so could yet be important for the club.