Atletico Madrid are not prepared to entertain interest from Manchester United in star man Marcos Llorente, according to Marca.

Llorente has emerged as Atletico’s most important player, with Diego Simeone’s men still sitting top of La Liga, despite a slight wobble since the turn of the year.

The former Real Madrid man has shown great versatility during his stint with Atletico, as well as becoming one of their most significant threats in front of goal.

It comes as no surprise that a club of Manchester United’s calibre has taken notice of his good work at the Wanda Metropolitano, or so Marca claim. 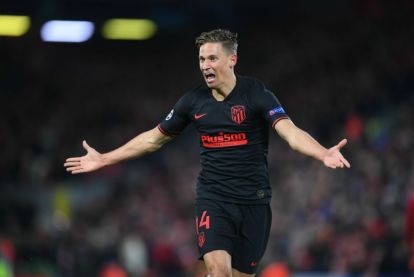 However, if Marca’s information is to be believed, Man United face an uphill task when it comes to getting a deal done to sign Llorente. The report claims that they will hold out for his €120M release clause.

While Llorente has come on leaps and bounds at Atleti, he’s not the kind of player that could justify that sort of expenditure, not yet, anyway.