AC Milan midfielder Franck Kessie is close to signing a contract extension with the club, according to Todo Fichajes.

Kessie, who scored a quite brilliant disallowed goal against Manchester United at Old Trafford earlier this month, has developed into one of the best central midfielders in Italy.

MORE: Chelsea have a good reason for wanting to beat London rivals Tottenham to signature of world-class Serie A star

His good performances for the Rossoneri do not appear to have gone unnoticed, either, with Chelsea thought to be interested in securing his signature.

That news initially broke through Il Milanista, before Sports Mediaset (via the Express) backed up claims of reported interest in Kessie at Stamford Bridge. 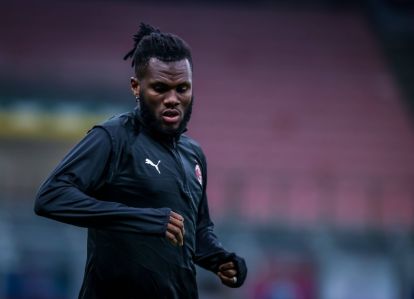 Franck Kessie is being linked with Chelsea

However, if the aforementioned report by Todo Fichajes are to be believed, Chelsea will be left disappointed, with kessie thought to be closing in on a contract extension.

Chelsea do have plenty of quality in the middle of the park as it is, so if they can afford to miss out on a target in any area of the field, it’s there.