Jurgen Klopp has made one final plea to the Liverpool hierarchy in a desperate attempt to keep hold of midfielder Gini Wijnaldum, according to 90min.

As mentioned in the report, Wijnaldum’s contract with the champions is due to expire this summer, with the Dutch international speaking with Barcelona over the possibility of moving to the Nou Camp.

Wijnaldum is now 30-years-old, which is the age region where contractual impasses often occur in negotiations between club and player. Liverpool are seemingly unwilling to cave to his demands.

As per 90min, Klopp has urged those pulling the strings at Liverpool to pay up and give Wijnaldum what he wants, but they do not appear prepared to do so, at least they haven’t been thus far. 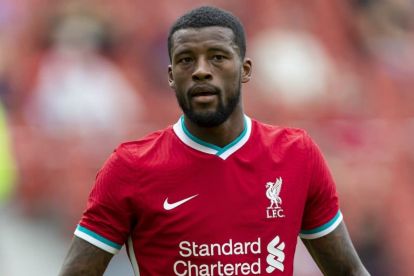 Jurgen Klopp has reportedly pleaded with the Liverpool board to meet Gini Wijnaldum’s demands.

The report notes that Klopp has all but accepted that Wijnaldum will be walking out of the door this summer, with the club facing a tough task finding a suitable replacement without breaking the bank.

He would be a huge loss to the squad, no doubt.