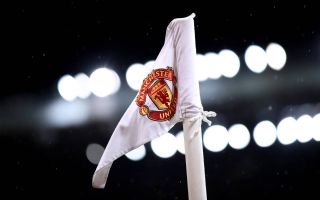 Manchester United will have the funds to make just one marquee signing in the summer transfer window.

This news comes from Sam Pilger, a writer for Forbes, The Athletic and The Times, and he tends to be pretty clued in when it comes to matters surrounding Manchester United.

Though there is still a great amount of work to be done on United’s squad, there doesn’t appear to be a great deal of money available to spend in the transfer market.

Sancho remains an #MUFC target but the club are still undecided on their priorities for the summer, aware they also need to add a holding midfielder, centre-back and striker. There is probably only the budget for one marquee signing.

Sancho will be available for cheaper than last year, but United could pass on him if they decide to invest the majority of their budget in, for instance, a striker, and persist with Greenwood on the right wing.

Clubs are likely to have all been negatively affected by the coronavirus pandemic, so you may find that penny-pinching will be the norm over the next 12 months or so.

However, United fans must feel as though they have closed the gap on the top of the Premier League to such an extent where one final push in the market would be entirely justified.

This is not the time for the Glazers to tighten their belts, with United essentially one bad Manchester City season away from being crowned champions for the first time since 2013.

A centre-back, a midfielder and a striker are all absolute musts for the club this summer, and it would be unwise for them to cheap out when it comes to picking their acquisitions.