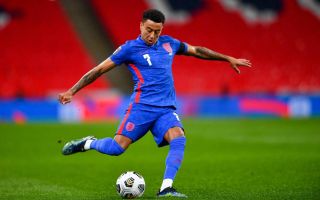 Manchester United have opened the door for Jesse Lingard to return to the club from his loan with West Ham, according to an exclusive report by The Sun.

Lingard, who is a popular figure in the English football world, was completely frozen out by Ole Gunnar Solskjaer in the first-half of the campaign, signing for West Ham on loan in the January transfer window in hope of turning his fortunes for the better.

MORE: Man United given a simple demand to meet as contract talks drag on for ace

The midfielder has been a revelation since moving to the Hammers, contributing to more goals from open play than any other Premier League player in that period and thus forcing his way back into Gareth Southgate’s England squad.

Though there was no great need for Lingard at Man United, hence why he wasn’t getting used, his current purple patch is clearly proving possible for his parent club to ignore, with The Sun claiming that he could be set to earn himself a new contract.

The Sun report that Man United are prepared to offer Lingard a new three-year deal this summer, which would leave him with a decision to make – does he continue his adventure with West Ham or fight for his place at Old Trafford?