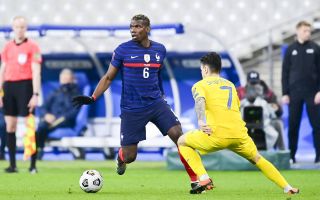 Manchester United midfielder Paul Pogba is likely to return to former club Juventus after Real Madrid and PSG dropped out of the running, according to Don Balon.

Though Pogba has forced his way back into Ole Gunnar Solskjaer’s starting eleven, and begun to produce performances that justify his inclusion, Don Balon believe that an exit from Old Trafford remains the most plausible outcome.

At the time the Frenchman departed Juventus to re-sign for Man United, there wasn’t a club on the planet who wouldn’t have welcomed him with open arms, had they had the necessary financial firepower.

However, that no longer appears to be the case.

As per Don Balon, while Real Madrid and PSG were previously considered contenders to sign Pogba, neither side has shown any legitimate interest to sign him from Man United.

As a result, the belief is that Pogba will return to Juventus, with Don Balon reporting that Man United will sell him this summer in order to avoid losing him on a free next year.

It remains to be seen exactly how much they’d get in exchange for him if they were to sell. Pogba’s a hugely talented player, but hasn’t developed into the footballer many thought he’d become.