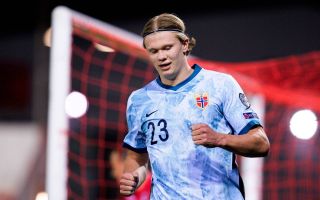 According to information provided by The Athletic, a deal to sign Erling Haaland from Borussia Dortmund this summer could cost any interested parties upwards of £200M.

As is mentioned in the report, both Manchester United and Chelsea are thought to be interested in signing Haaland this summer.

MORE: Man United could be priced out of move for Haaland unless Ed Woodward changes his usual stance over transfers

You could forgive both sides for thinking it’s a case of now or never, with Real Madrid likely to be in a far more favourable financial position come the summer of 2022, with the pandemic very much in the rear view mirror by that point in time.

The real question is as to whether either club actually have the financial firepower to pull it off this summer, with The Athletic understanding that signing him could cost more than £200M.

That figure is likely to include the transfer fee, signing bonus, wage packet and Mino Raiola’s agent fee, but even so, it’s a whole load of cash.

Both Man United and Chelsea will likely be weighing up the value for money argument at current, and when it comes to a player like Haaland, it’s hard to put any price on the influence he’d have over what could be a decade or more.