Crystal Palace and West Ham are both interested in signing former Arsenal midfielder Aaron Ramsey from Juventus, according to Calciomercato.

Ramsey left Arsenal in search of discovering greener pastures in Turin. While he did win the Serie A title last term, the move hasn’t exactly worked out for him on a personal level.

The Welshman has been swallowed up amid a wealth of midfield talent at Juventus. His reputation ought to have increased dramatically having made the move, but he’s a player nobody speaks about anymore.

As per Calciomercato, Juventus could be prepared to cash-in on him this summer, with the Italian publication under the impression that there would be no shortage of securing his services. 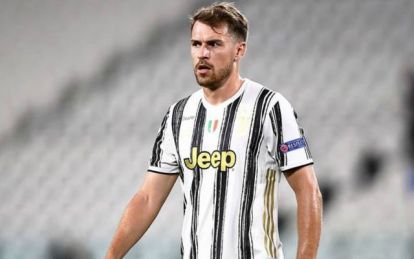 Juventus could be prepared to sell Aaron Ramsey in the summer.

Calciomercato report that both Crystal Palace and West Ham would be prepared to offer Ramsey opportunities to return to London and play Premier League football once again.

All due respect to the pair of them, it would be a significant backwards step for Ramsey, but one that may well be necessary if he wants to ensure he’s playing regular football next season and beyond.