Gareth Southgate has provided an update on Jordan Henderson’s groin injury – and it makes for pretty grim reading for Liverpool and England fans.

As reported by Goal, Henderson underwent surgery on his injured groin last week and now looks set to be ruled out for some time.

That’s pretty rotten news for Liverpool in their efforts to qualify for the Champions League, and of course, win it this time around.

However, it could also prove to be a huge blow for England, with Southgate now suggesting that Henderson may not be with the squad for the European Championships in the summer.

Southgate is quoted by Goal acknowledging that Henderson will do his very best to get himself fit, but things don’t always go to plan when it comes to injuries of this nature.

“In terms of promises, we can only say that Hendo himself is very optimistic about how the operation went and the prognosis that the specialist has given him as to what is possible.”

“We are conscious that with any injury of that nature, there is a guide and a time defined – but that anything can happen along the way. 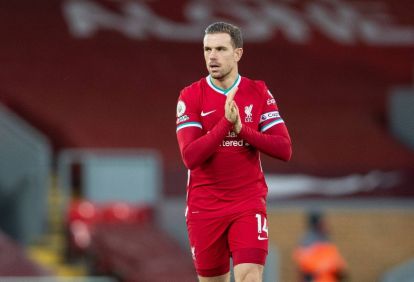 Jordan Henderson is facing a lengthy spell on the sidelines.

“We know it’s going to be close to the end of the season and we will just have to see how it goes. He will give himself every chance of being available.”

“And, of course, we also know he is likely to be a bit short of match minutes in high-level games.

“There are a lot of things to take into consideration but, at the moment, that is a decision that is a few weeks away.”

England are short on options in the middle of the park. Henderson would certainly be a starter if he was fit, especially after how good he’s been since the World Cup.

This would also be one of Henderson’s final international tournaments. Of course, the World Cup is only next summer, but he hasn’t been a fully-fledged starter for the Three Lions for long.

He’s lifted the Premier League title, the Champions League and the Club World Cup with Liverpool. Surely he’d love to add international success to that collection.