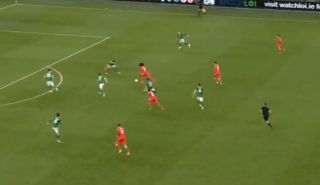 Ireland put up a decent fight against a strong Serbia side last week, so there was an expectation tonight that they would sweep Luxembourg aside and kick-start their World Cup qualification campaign.

The opposite has been true as the game has been fair more even that most would’ve expected, and Ireland were hit with a late sucker punch as Gerson Rodrigues fired home from distance:

"The gloom really does deepen for Ireland now…"

When you’re in a group with Serbia and Portugal then you simply need to win home and away against Luxembourg to have a chance of qualifying, and this is an early disaster for Stephen Kenny.