Arsenal legend Michael Thomas has suggested that the Gunners could do well to change their tactics and use two up front.

Speaking to Just Arsenal, the former Arsenal midfielder says he believes Mikel Arteta could get the best out of both Pierre-Emerick Aubameyang and Alexandre Lacazette if they play up front as a strike pairing, rather than together as part of a front three.

It’s not often you see two up front in modern football, with most teams using either a front three or one up front with three attacking midfielders just behind.

Still, there seems some sense to what Thomas is saying, with neither Aubameyang or Lacazette looking ideally suited to drifting out wide or dropping deep, as might be required a bit more in a front three system.

“Lacazette has been really good this year,” Thomas said. “He is made for leading a line and bringing others into play and this season Arteta has got him looking hungry and trying to get goals again. 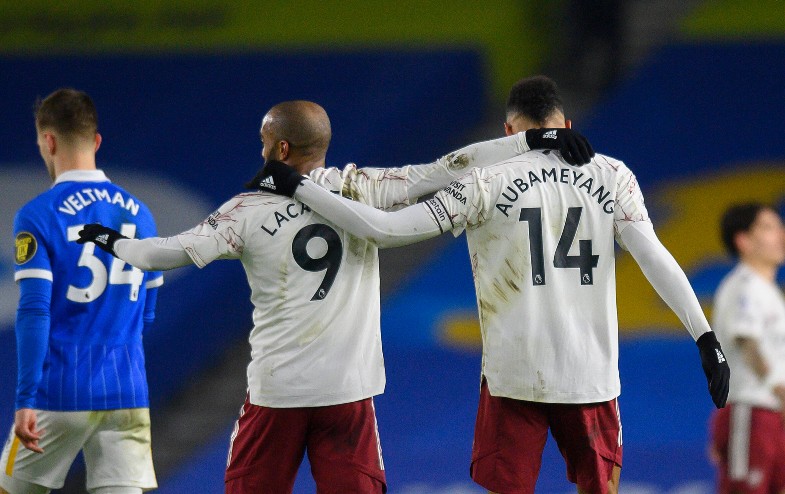 Should Arsenal switch to playing two up front?

“I’m not sure that Lacazette and Aubameyang can play together in a three as the team looks more balanced with natural wingers.

“As a two I think that they would blossom. Completely different strikers that can cause any opposition problems.”

Arsenal fans will no doubt want Arteta to do something to address Aubameyang’s major dip in form this season, with the Gabon international no longer looking his usual prolific self with just 14 goals in 31 games so far.

Aubameyang finished with 29 goals last season and 31 the year before that, so it may be worth looking at reshaping the attack to help get this quality player firing again.