Tottenham boss Jose Mourinho is mulling over the potential acquisition of former Liverpool midfielder Philippe Coutinho from Barcelona, according to Don Balon.

Coutinho’s dream move to Barca has not worked out quite as planned.

The Brazilian was one of the best in the Premier League during his time at Liverpool, and missed out on the most successful period in the Reds’ recent history in order to pursue success at the Nou Camp.

While he does have two La Liga titles to his name, and won the treble while on-loan with Bayern Munich, Coutinho has not been able to produce his best performance level since departing Anfield.

Naturally, a return to the Premier League, where he made a name for himself, could be an appealing option for him, and if Don Balon are to be believed, Jose Mourinho could be set to facilitate it. 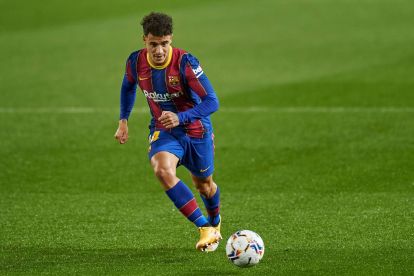 Philippe Coutinho has struggled at Barcelona.

As per Don Balon, Jose Mourinho is considering adding Coutinho to his squad, with Spurs still a few players short of being able to mount a legitimate title challenge, or even get their way back into top four contention.

Coutinho, were he able to return to his best performance level, could be the difference maker that they need. Don Balon claim that Barca want €60M in exchange for him, which is a hefty figure for Tottenham to be paying.

Though, that is the price that needs to be paid if you have serious ambitions, both domestically and in Europe. The real question is whether Coutinho is the man that they want to be paying it for.

There does also have to be acknowledgement that Jose Mourinho’s future at the Tottenham Hotspur Stadium is far from secure. One of the best managers in the club’s history, Mauricio Pochettino, got sacked for less considerable shortfalls than Mourinho has overseen this campaign.

Daniel Levy could be forgiven for putting investment into the squad to one side until he knows definitively who will be in the dugout come the start of next season.