Manchester United are reportedly targeting Watford winger Ismaila Sarr as a possible alternative to Jadon Sancho in the transfer market.

The 23-year-old caught the eye in the Premier League last season even if he failed to save Watford from relegation, and he’s continued to shine in the Championship.

It could still be that Sarr is back playing at the top level soon, with Man Utd linked as suitors for him by the Daily Express.

The report explains that United remain keen on strengthening their attack this summer but might be unable to afford both Erling Haaland and Sancho from Borussia Dortmund.

If they can succeed in landing Haaland, they would then likely turn to Sarr as another option out wide, according to the Express. 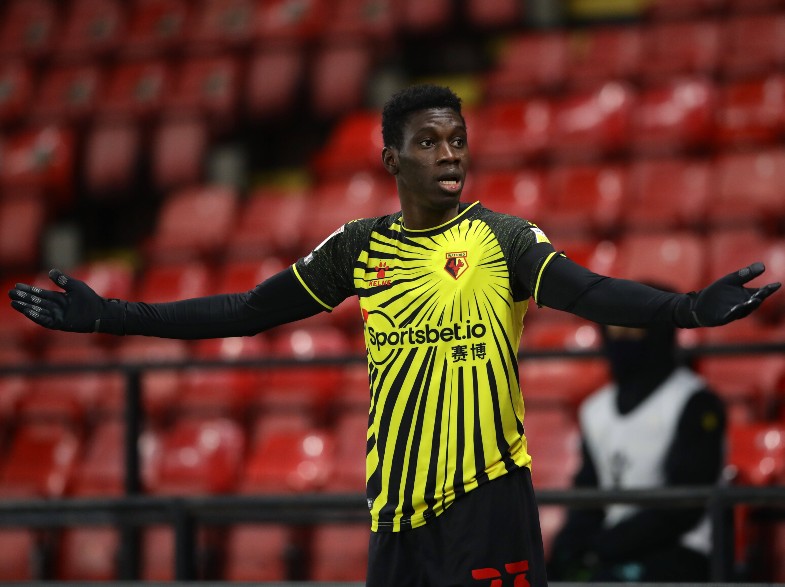 Ismaila Sarr is being linked with Manchester United

The Senegal international could end up being a fine Plan B option, even if he isn’t quite as big a name as Sancho.

Sarr looks to have the potential to improve a lot and become a fine player for a bigger club, but some Red Devils fans may be concerned that he’s not had as much experience as Sancho on the very biggest stage.

The England international has shown his consistency in the Bundesliga and has also impressed in the Champions League.

It will be interesting to see how Man Utd’s transfer plans develop this summer, but if they could bring in Haaland and Sarr that would surely improve their overall prospects a great deal.