Arsenal are reportedly facing a fight to keep Martin Odegaard on a permanent transfer deal this summer.

The Norway international joined Arsenal from Real Madrid in a loan deal this January and has shone in his short time at the Emirates Stadium.

According to the Daily Star, Odegaard could cost £50million to sign permanently, but Arsenal might also face competition from the likes of Liverpool and Chelsea.

This doesn’t sound great from an Arsenal point of view, though the Daily Star suggest the Gunners are confident they should be in pole position to snap him up.

Another report from football.london has stated that Odegaard has been impressed by Arsenal manager Mikel Arteta, and that he’d like to stay in north London.

Still, the 22-year-old would surely also play regularly for other big clubs, with Liverpool looking in need of something different in attack after a hugely disappointing season.

The Reds would surely do well to replace players like Naby Keita and Alex Oxlade-Chamberlain after their relative lack of impact in the attacking midfield department, and Odegaard for £50m would surely be good business. 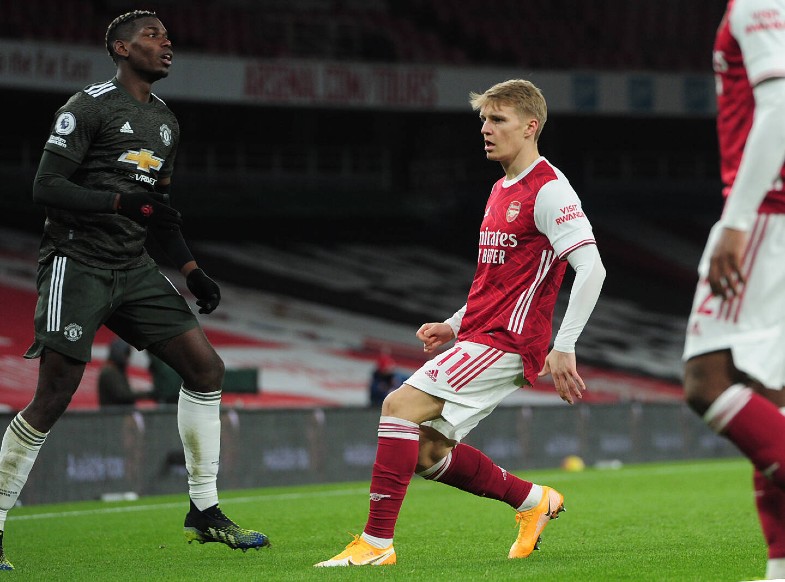 Martin Odegaard is being linked with Liverpool and Chelsea

Chelsea might also do well to bring in Odegaard as an upgrade on unconvincing summer signings like Kai Havertz and Hakim Ziyech, while Christian Pulisic has also been inconsistent in his time at Stamford Bridge.

Whatever happens, it would be good to see the Norwegian remain in the Premier League, though Arsenal would surely feel aggrieved if his fine form for them only ended up putting him in the shop window for their rivals to capitalise and sign him themselves.