Inter Miami will kick-off its 2021 Major League Soccer season in a couple of weeks. Nonetheless, club co-owner David Beckham took time to welcome a fellow compatriot to show him around the Inter Miami stadium.

British boxer Anthony Joshua was in South Florida, and the 31-year-old stopped by to visit Beckham. After spending time together, the two posed for a picture, which the co-owner uploaded to Instagram. The MLS club continues to grow its profile as Beckham hopes that Inter Miami becomes one of the league’s marquee clubs.

As for Joshua, it’s perhaps a getaway from his training as he will resume his rivalry with Tyson Fury as both boxers will fight twice this year. 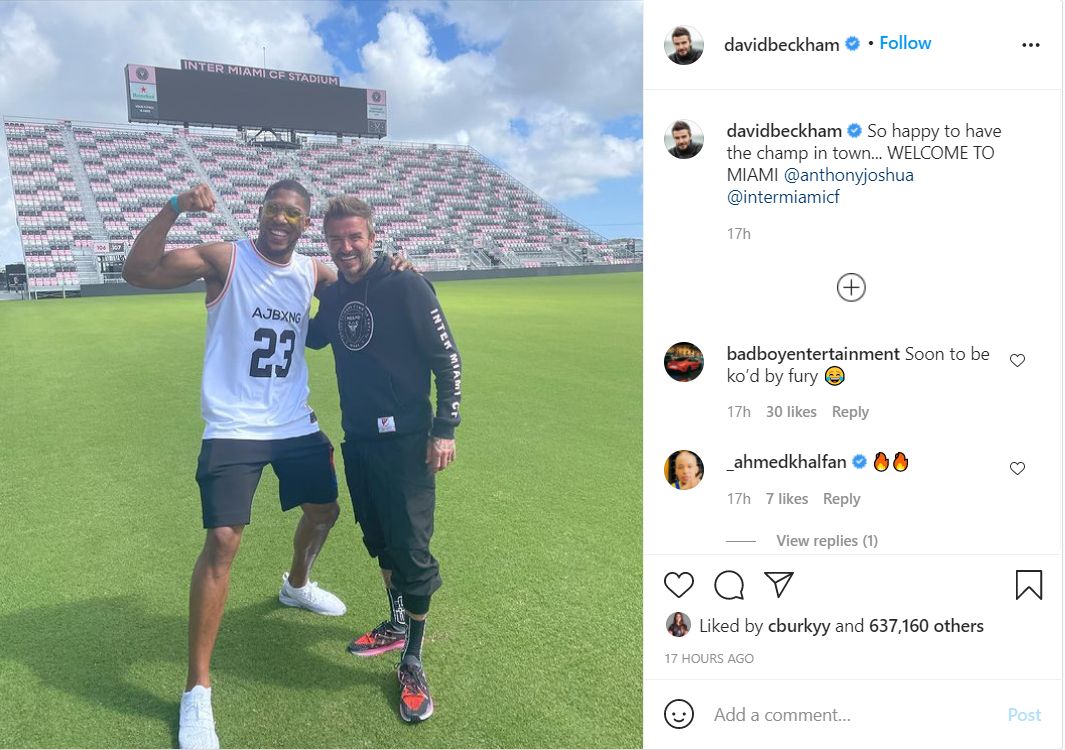