Eden Hazard to Aston Villa? This is a true Don Balon special. The Spanish outlet claim that Real Madrid want to offer the Belgian in exchange for Jack Grealish.

Real Madrid’s Hazard investment hasn’t worked out, and considering the former Chelsea winger is now completely incapable of staying fit, it wouldn’t be the worst idea for Los Blancos to cash-in.

MORE: ‘No problem’ between Tuchel and Borussia Dortmund regarding Haaland Chelsea transfer

Jack Grealish would also be a good replacement, with the Villa skipper comparable to Hazard in the manner in which he carries the ball and his decision-making in the final third.

However, to suggest that Real Madrid have offered Hazard to Villa in a swap deal for Grealish, with the proposal being knocked back by the Premier League outfit, is pretty laughable. 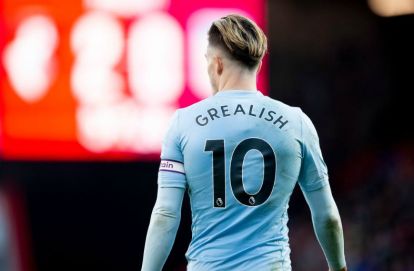 Jack Grealish is enjoying a career-best season for Aston Villa this term.

Though, that’s what’s been reported by Don Balon today.

Don Balon claim that Florentino Perez was prepared to make the deal happen, but Villa deem Hazard to be too old and on too high wages to make him worth the sacrifice of their captain.

If you needed a good laugh, there it is.