According to the Daily Star (via HITC), Tottenham are interested in signing ‘the new Zlatan Ibrahimovic’ from Danish Superliga club Vejle BK.

Spurs could probably do with signing another forward, especially if Harry Kane were to depart this summer. Though, you could be forgiven for thinking a player born in 2003 is not going to be the difference maker Jose Mourinho needs.

MORE: Why there’s little chance of Gareth Bale being at Tottenham or Real Madrid next season

Nonetheless, as per the Daily Star, Spurs are keen on Vejle BK’s Wahid Faghir, dubbed ‘the new Zlatan Ibrahimovic’, who has already been subject of a £1M bid from Leicester City, which was rejected. 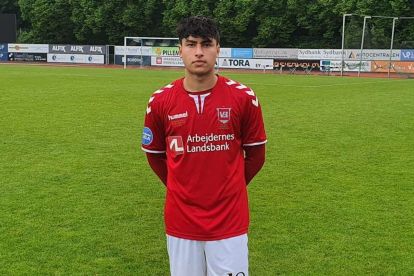 Wahid Faghir is reportedly wanted by both Spurs and Leicester.

There is no mention in the report of Spurs pushing ahead with their interest, at least not yet. It very much appears as though they’re merely at the ‘interest’ stage and not a great deal further along.

It is, though, one to keep an eye on for the Spurs faithful, especially if there is hope of him reaching Zlatan Ibrahimovic’s level at some point in time. He looks like a prospect.