Did Anthony Martial ignore Kylian Mbappe while leaving the field of play during France’s clash with Kazakhstan? The PSG man appears to think so.

Martial sustained damage to his knee during the World Cup qualifier, and while he initially tried to play on, Didier Deschamps clearly deemed it not worth the risk, with Les Bleus 2-0 up, and brought on Mbappe in his place.

The Manchester United forward began to make his way to the touchline, with Mbappe being introduced onto the field.

Mbappe offered his hand to Martial as the substitution was made, as teammates tend to do in a show of companionship and respect.

Martial, whether it be due to his injury or any other underlying reasoning, was evidently not interested. He completely blanked his international teammate. 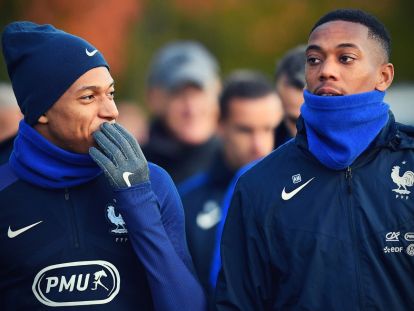 Mbappe and Martial are supposed to be friends.

Mbappe looked pretty confused as to why Martial had ignored him, looking back as if to question what was wrong with him.