Chelsea midfielder Mason Mount has found the back of the net to double England’s advantage over Albania in World Cup qualifying.

Mount’s meteoric rise to the pinnacle of English football has been a sight to behold.

The youngster forced his way into the Chelsea starting eleven under Frank Lampard and has arguably been the Blues’ player of the season this time around.

In doing so, he caught the eye of England boss Gareth Southgate, for whom he too appears to be a valued player. Mount starts most games, and doesn’t often disappoint.

He hasn’t today, either, with England heading to Albania in hope of making it consecutive victories in their efforts to qualify for next year’s World Cup in Qatar.

England led 1-0 after a first-half goal from Harry Kane. Mount, who found himself one-on-one with the goalkeeper, kept a cool head and supplied the finish to double that advantage.

The Three Lions are firmly in the driving seat now. 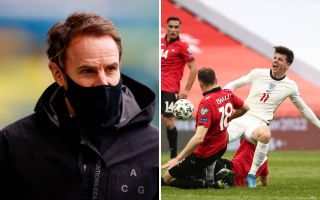 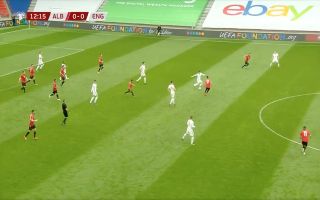