Although it will be difficult for Barcelona to secure Erling Haaland this summer, it won’t be impossible.

Borussia Dortmund were none too happy at the way in which Ousmane Dembele’s transfer to the Catalan giants was handled. However, they were still unable to stop the Frenchman from leaving.

Though Barca are believed to be over a billion euros in debt, it’s thought that new president, Joan Laporta, will be looking to the banks to take a longer-term view.

They’d certainly need to be onside if Laporta’s coup de grace after signing Lionel Messi to a new contract is to bring a player, who many consider to be the best striker of his generation, to the the club. 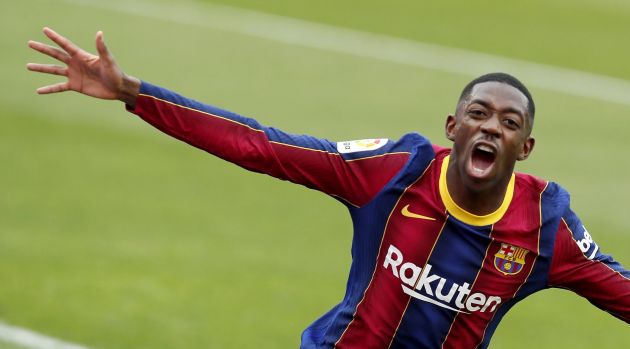 Coincidentally, it would appear that Dembele will have a part to play in the deal too.

At present, the Frenchman is refusing to sign a new contract and his current deal expires in the summer of 2022.

If the status quo remains the same, Laporta won’t have too much choice other than to sell the player at the end of this season.

According to Don Balon, if that precise situation were to come to fruition, Barca will offer Dembele back to Dortmund as part of the deal to bring Haaland in the opposite direction.

A number of hoops need to be jumped through before that happens, but you never say never where football is concerned.