As an English top-flight player who was often lauded for his silky skills and maverick way of playing, Alan Hudson certainly has a kindred spirit in Aston Villa’s Jack Grealish.

Their international careers have begun to mirror each others too.

Hudson, criminally, was only ever capped twice by the national team, though the common belief is that’s because he wasn’t a yes man and spoke his mind in the dressing room.

Shooting from the lip is something the former Chelsea star remains adept at, and if Gareth Southgate doesn’t pick Jack Grealish for his final squad for the next couple of tournaments, Hudson’s contention is that it will just be the same old story as far as the Three Lions are concerned.

“Southgate has got England into that position of safety, a team very difficult to break down, an Alf Ramsey team where team players come before outstanding individuals,” Hudson told CaughtOffside.

“Jack Grealish will not be in his final team, which is an incredible indictment to English football.

“It’s quite strange at a time at club level we have some outstanding talents in Jack, Maddison and Barnes with Rodgers at Leicester, young Saka who is a novice and the other boy at Arsenal with the double barrelled name.

“I watched him one week and I thought I was watching myself, bright, intelligent in everything he did then watched him in Europe and every ball went backward – I don’t even know if he’s English? 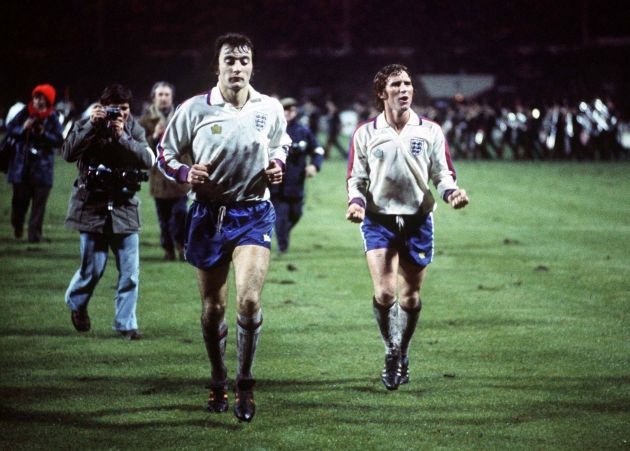 Alan Hudson on his England debut against West Germany

“This lad [Smith Rowe] has so much natural ability yet they tell him how to play, it’s nonsense, leave these kids alone to express themselves, that’s the Arsenal manager thinking he’s a second Pep.

“The one bright note, for me, and its taken long enough, is the introduction of Ward-Prowse. A very, very good player who looks a real leader of men.

“England’s overall chances of success rest with Grealish and if Southgate builds the team around him, plays Madisson, Barnes, Foden and Mount sensibly in and around him.”

Southgate does have something of an embarrassment of riches in certain positions it’s true, however, Grealish offers something completely different in the role.

That could be the difference between success and failure in tournament football.

Remember when there were the same old discussions about Paul Gascoigne…